The 2011 1:18 Minichamps Bentley Continental GT is the latest Bentley diecast model that Minichamps adds to their portfolio. We’re not going to mess about, the model is quite impressive.

But let’s take a quick look at the real car first so that we know what to look for in the model as well. The 2011 version of the car brings in a few new features. 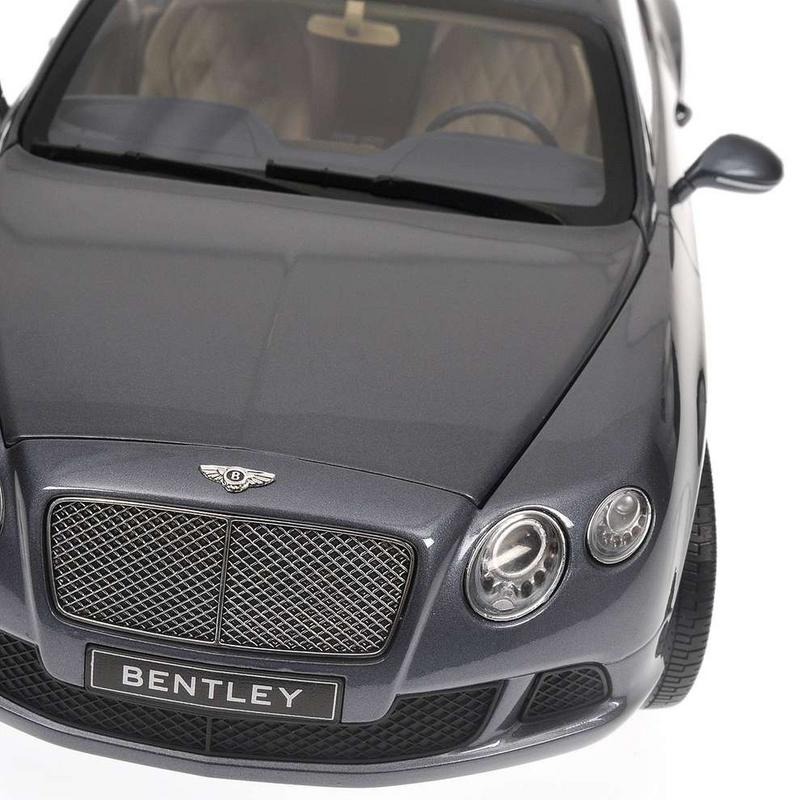 While the look is basically the same it is slightly modified but keeping close ties to the original vision. One of the biggest changes is the front bumper, followed by the front grille and the taillights shape. 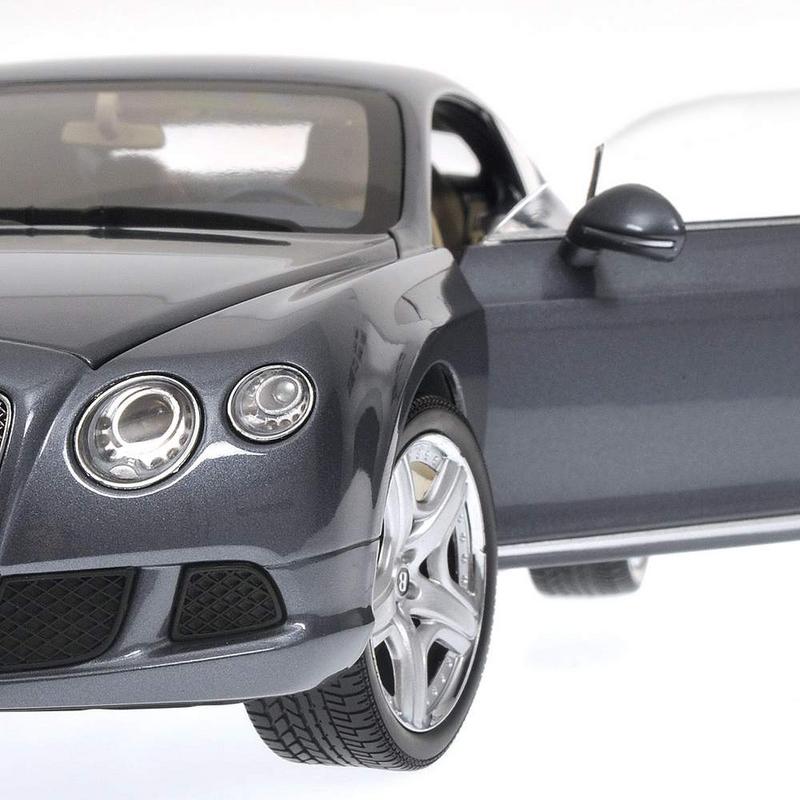 The 2011 Bentley Continental GT is basically the second generation of the model and brings it up to par with the latest developments in the worlds of technology and luxury. The interior has seen the biggest changes and has quite a few new features both visually and functionally. 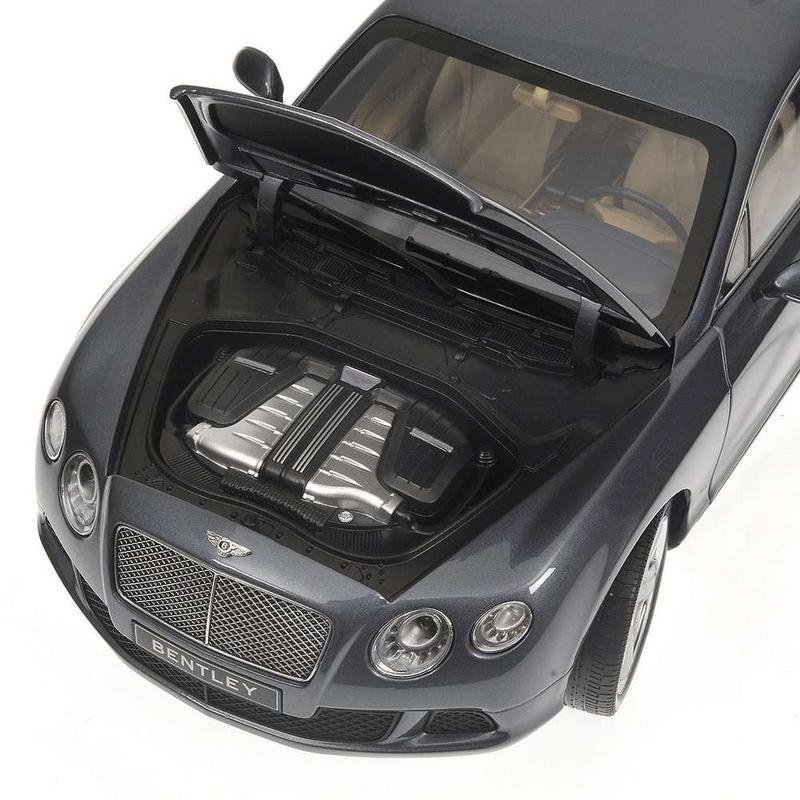 The new car has a 4-liter V8 engine developing 500 hp and 660 Nm of torque. The engine has a new technology that is capable of turning it into a V4 with only 4 working cylinders to improve fuel economy. This is all done automatically and the good news is that the technology works very quickly. This means that it is capable of firing up all 8 cylinders when needed without lag or a feel for lack of power.

You can still get the Continental GT with the 6-liter W12 engine which is virtually the same as the one from the first generation of the car. There’s also an option between a 6- and 8-speed tiptronic automatic gearboxes. Of course the 4-wheel drive is present as always.

Editor: I’m sensing a danger of getting carried away drooling about the 1:1 Bentley so I step in and cut it short while I still can. Let’s get on with the 1:18 Minichamps Bentley Continental GT. 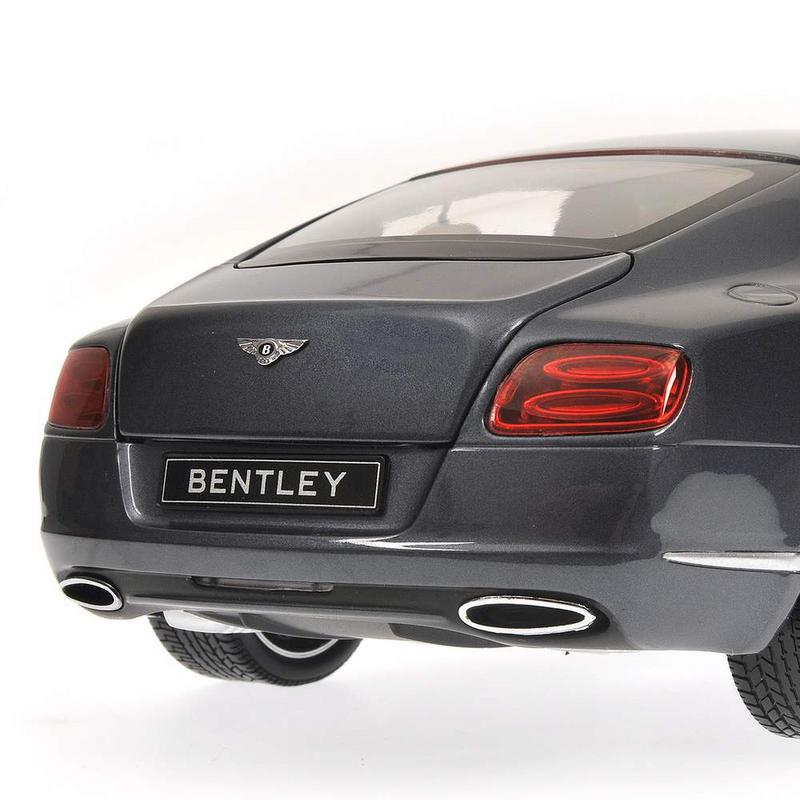 We begin with a broad look at the model. Where to begin, where to begin… It does have a stunning presence, there’s no doubt about that. The shape and stance is spot on, as is the paint which is well applied, with no orange peel or other issues. 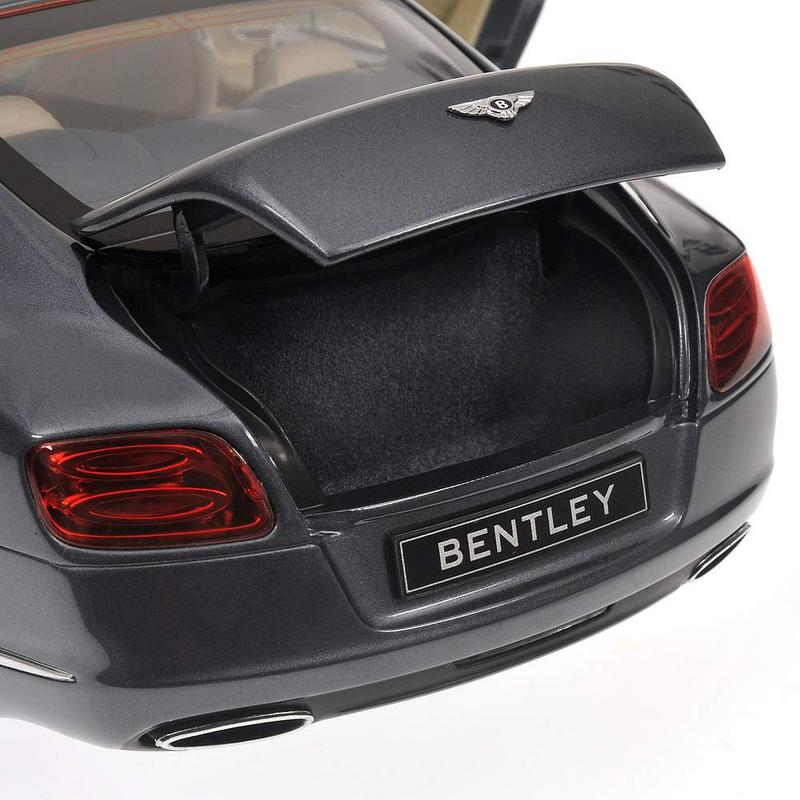 If we take a more detailed look at the front though we discover something a bit disappointing. It’s the use of sealed plastic grilles for the bottom of the front bumper and not perforated metal mesh. This is a common occurrence in Minichamps’ models these days which is a shame as it hinders the otherwise great look of the model. The headlights are well done happily and take the attention off of the grilles.

While we are here let’s check out the wheels as well. They are massive even for a model. Their quality is high and they do look fantastic. Behind them of course there are rotating brake discs and brake calipers. Even the tire threads are looking sharp.

Now to lift the bonnet up. Actually there’s not much to see in the engine bay which is Bentley’s fault, not Minichamps’. The monster of an engine is basically hidden away and there’s only a few bits and pieces visible. It’s obvious you won’t open the bonnet all that often so Minichamps have used classic dog-leg hinges for it and not some of the more intricate newer ones that are becoming popular.

Now let’s turn the Bentley around and check out its back side. It very well shaped with the taillights being a particular attention piece. The exhausts are also nicely done as is the huge back window and boot lid.

The trunk itself is fully carpeted which is a nice touch. The lid is also mounted on classic dog-leg hinges. 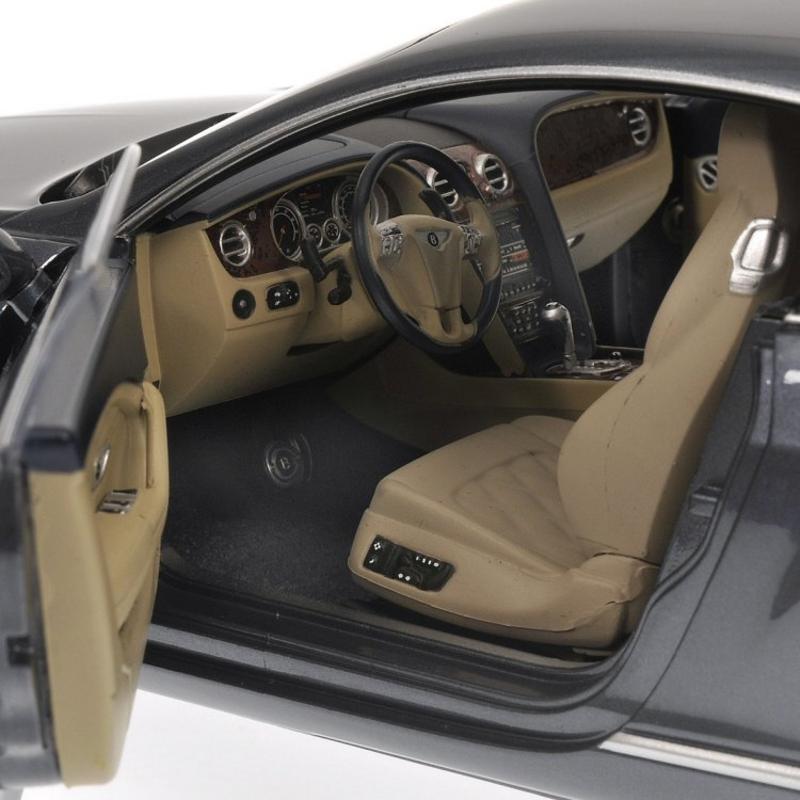 One of the main areas that will attract the eyes on the 1:18 Minichamps Bentley Continental GT is the interior. It is very good and brings all of the details of the real car. All of the buttons are with their according symbols, the center console has all of the tiniest details as well as the instrument panel. 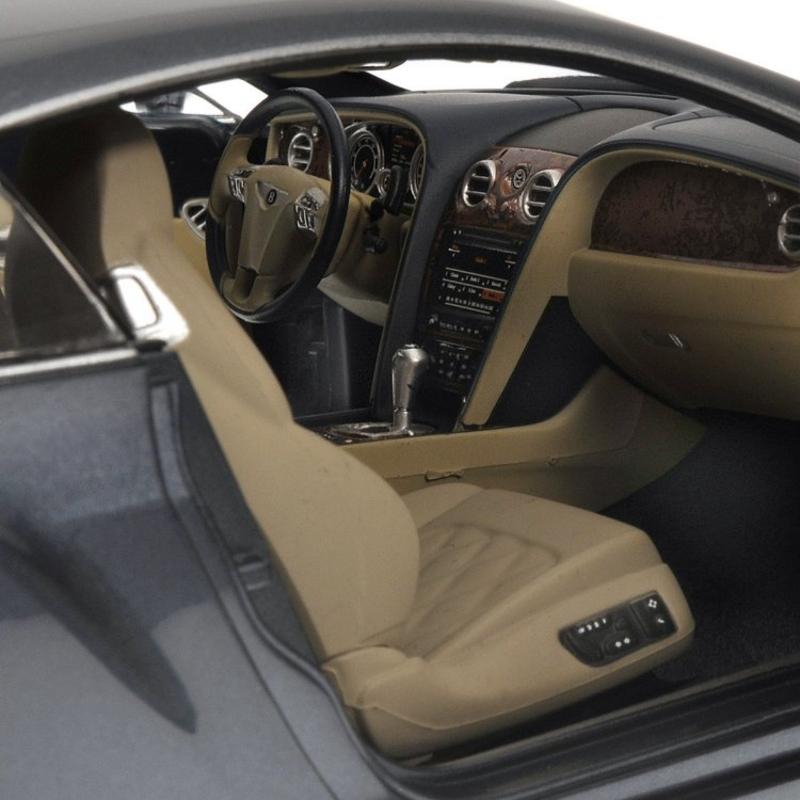 The interior is also carpeted. It could have gotten all the points but sadly the seats need a bit of an improvement and there are mold lines visible here and there. But as a whole, the model offers one of the better interiors in the Bentley range. 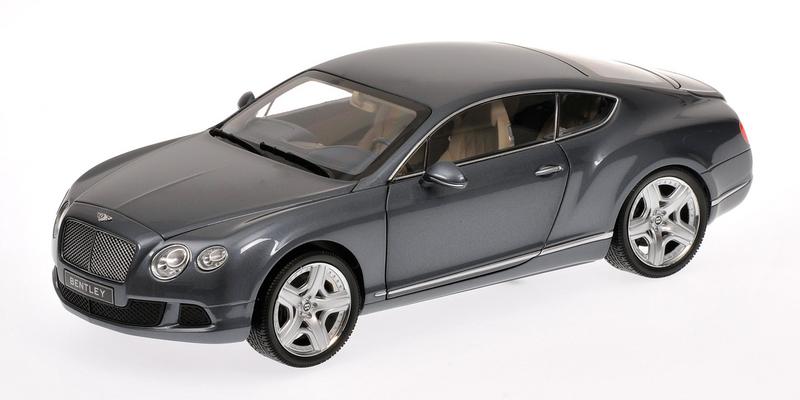 Overall the 1:18 Minichamps Bentley Continental GT is a very good model. It has a few disappointments here and there like the solid grilles in the bumper and the seemingly rushed to production seats, but the general quality is high and very pleasing. It is definitely one of the nicer models in the Bentley diecast range.