The 1:18 Maisto BMW M6 Convertible is one of the better Maisto models. It is a bit shy from the BMW Z8, but still quite good. As is the real car.

There are quite a few other options for a model of the BMW M6 Convertible, including a model from Kyosho. But if your budget is a bit tight, the Maisto offering will please you.

Before we start our review of the model, let’s take a look at the real car. The BMW M6 was revived in 2005 after a nearly 16 year break. The car is a two-door four-seater sports coupe with front engine placement and rear wheel drive. 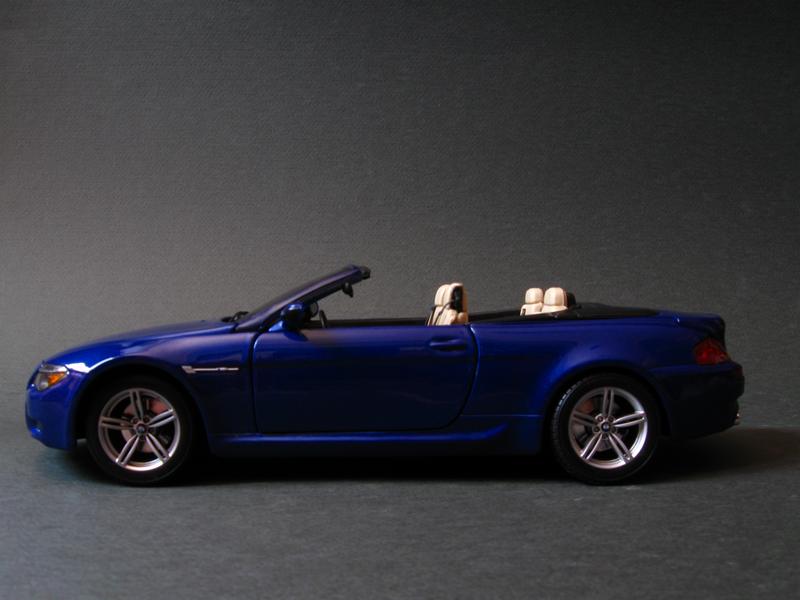 The engine is a 5-liter V10, developing 507 hp. But that’s after you press the M button on the steering wheel. When you start the car at first, it is producing “only” 400 hp to improve fuel consumption. To get the power to the back wheels he M6 is using a 7-speed SMG III gearbox or a 6-speed manual.

The results are quite impressive. The M6 gets from 0-100 km/h in just 4.4 seconds and the unlimited top speed is about 330 km/h or 205 mph. The body is made out of several materials including aluminum, carbon fibre, thermoplastic and etc. It features one of the most light, yet strong, rims made out of aluminum. 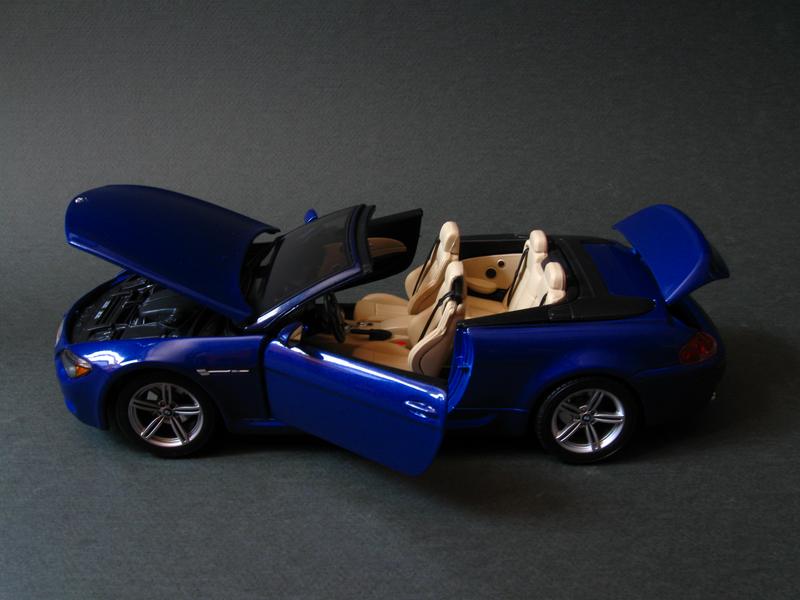 The M6 was offered in both coupe and convertible versions with very little differences in performance. But the convertible was allowing you to experience the speed and performance of the M6 in a very open fashion. In 2010 the production of both models was discontinued and they are due to be replaced by the new M6 soon.

Another way of enjoying the BMW M6, albeit a bit slower, is by getting yourself a diecast model of it. This brings us to the 1:18 Maisto BMW M6 Convertible that we are about to review. 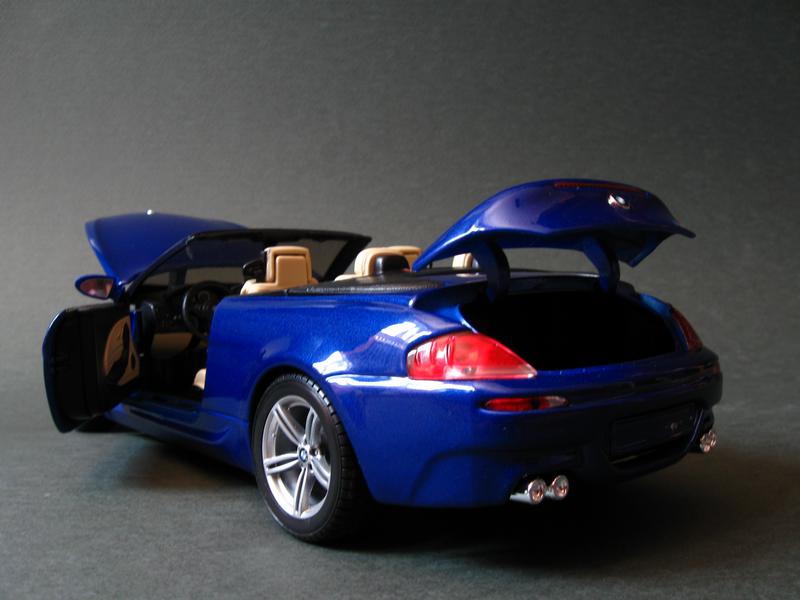 Let’s start with the exterior. As a whole it is very good. The stance is well captured, the scale is correct. The panel gaps are also very tight. An area where Maisto needs to improve their game is the door handles and the fuel filler flap. They could be better modeled.

The front of the car is also well made. The headlights are worthy of a special notice as they are very detailed. The kidneys are also well modeled but they could be better finished. 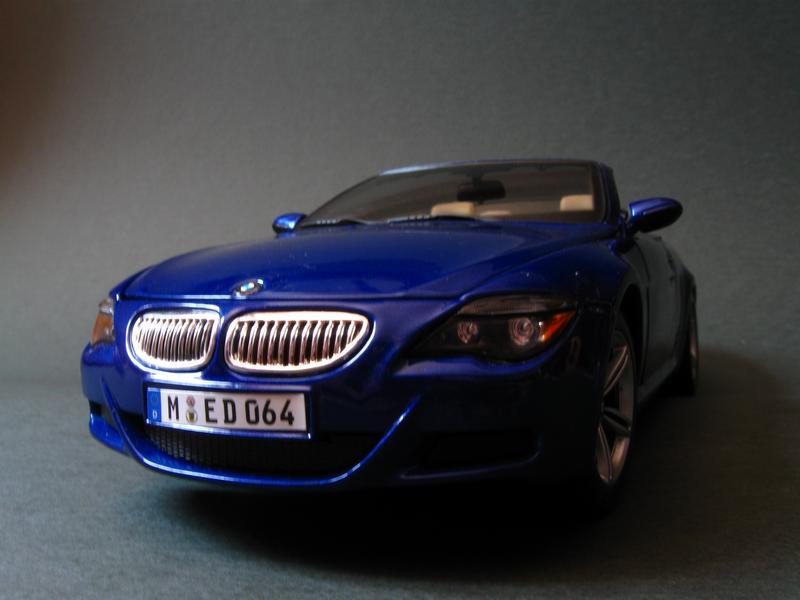 Around the back is a bit more disappointing particularly due to the taillights. They are too plain and have badly placed visible attachment stubs. The exhaust pipes are well done but Maisto should have made the insides black to improve realism. Happily this is easy to fix with a drop of matte black paint and a tooth pick. The overall shape of the back end is well modeled and represented. 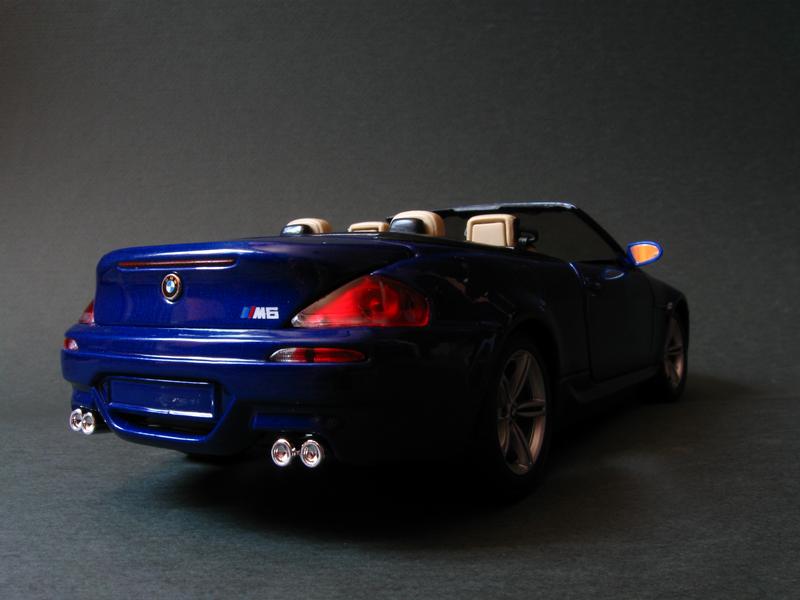 Moving on to the wheels. I got to say that the rims are ones of Maisto’s finest. They are very well modeled, greatly produced and finished. There are modeled bolts and even inflation vents. What’s behind them sadly is a bit disappointing. There are brake disks but they are in no way close to the real car along with the calipers. 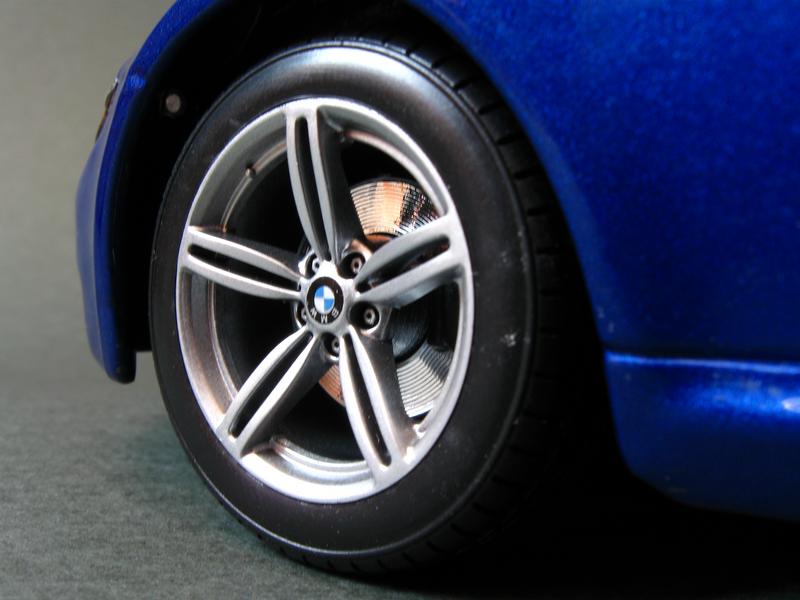 The model features working separate suspension on all 4 wheels. It is spring mounted and sadly the springs are a tad bit too long. Thus the model appears to be sitting on small stilts. This is also easy to fix, as you just need to cut one or two coils of the spring, but it is something that should have been done already.

One of the drawbacks is the fully plastic frame of the windscreen. This makes it quite fragile and it is advisable to be very careful when turning the model upside down for modifications or something else.

The model has an opening engine bay, doors and trunk. We will start with the engine. From a distance it looks quite impressive. There are lots of features, details, hoses and cables. It is only when you get really close to inspect the details when you see that it is actually just a pressed plate. But I have to admit that it is one of the more impressive pressed engine plates out there.

The trunk is also well modeled and seems to be full size. Often diecast manufacturers don’t render the whole trunk but just a small part of it. Not the case here. 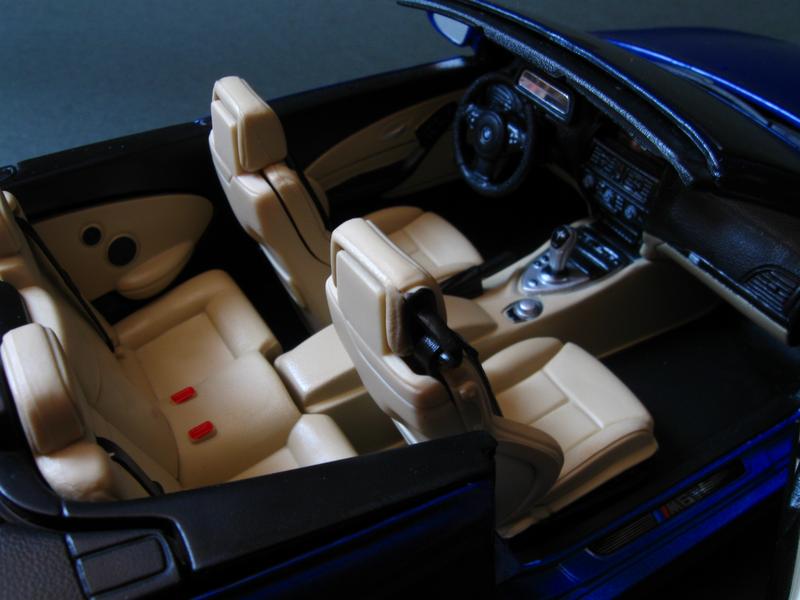 And now the interior. Probably one of the best features in the model. First the disappointing stuff which is only the vents for the air conditioning and the door handles. The rest of the interior is very, very nice. The seats are well modeled, as is the dashboard. It features detailed buttons and all of the buttons have tiny markings true to the real car. A slight disappointment is the leather print on the dash and steering wheel which is too big for the scale, but it’s not that bad. 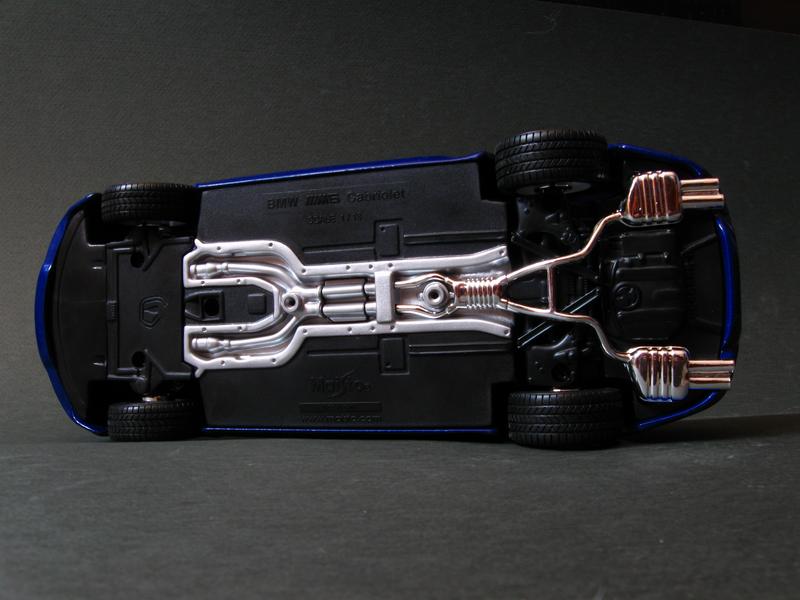 Moving on to the underside of the model. It is pretty basic as most of the stuff is covered by panels. The exhaust system is visible but only the second half of it is a separate piece. The first part is pressed on. There are well modeled components of the back suspension present, which is nice. 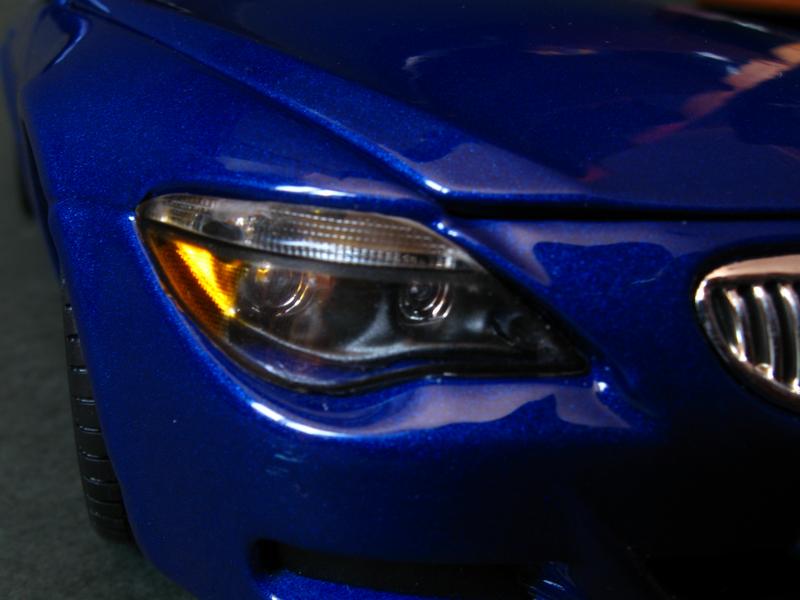 Overall the 1:18 Maisto BMW M6 Convertible is successfully earning the right to be called one of Maisto’s best current models on sale. It features lots and lots of details and clearly shows that the company continues to improve while trying to keep the price of its models as low as possible.

Sure there are things that could and should have been better. But let’s not forget that we didn’t get this quality just a few years ago for this price. Things are looking up.