The Alfa Romeo amazed everyone with its astonishing looks. It is one of the most beautiful cars in recent history.

It is also well represented in the diecast world with several good models in a few scales. In 1:24th scale the best choice is the model made by Cararama also known as Hongwell in some markets. 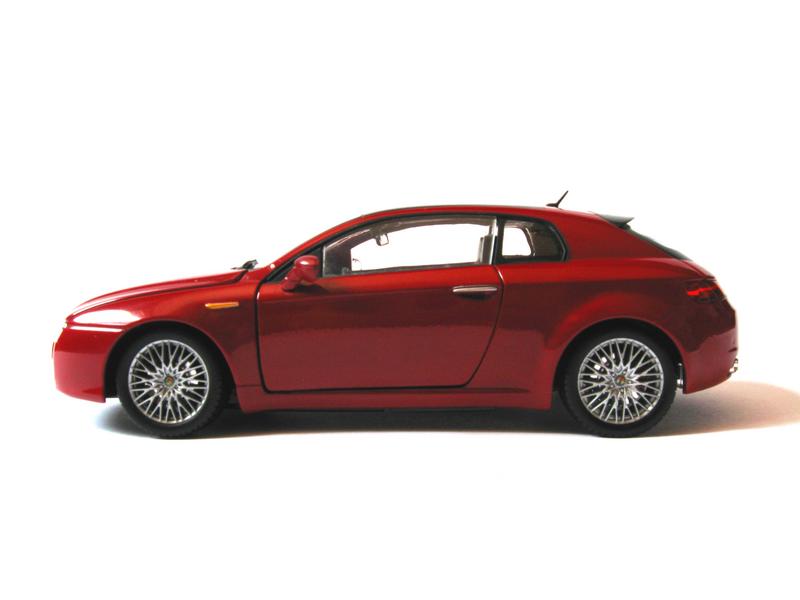 But before we get on with the diecast, let’s take a look at the real car. It was made between 2005 and 2010 with a new model due soon. Or at least most of us hope so.

The concept model was introduced way back in 2002, designed by Italdesign Giugiaro. It was much bigger and powerful than the production version that Alfa Romeo approved in 2005. 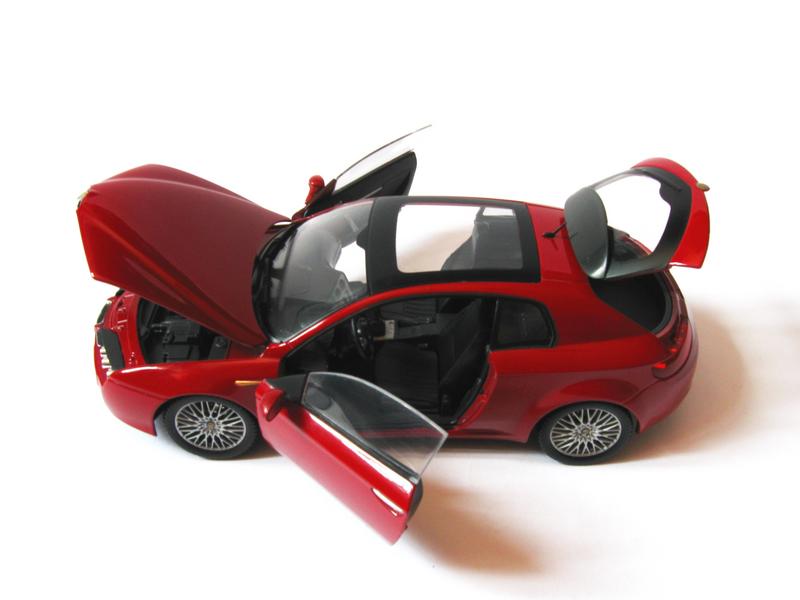 The car was offered with a choice of three petrol and three diesel engines. It was front wheel drive with an option for 4-wheel drive for the V6 petrol engine.

Sadly the Brera’s performance wasn’t quite up to par with its looks as with was a bit slow and didn’t handle very impressively. Nevertheless its sheer beauty was more than enough to earn it a place in every car history book and on every diecast shelf.

If you like the 1:24th scale, you are lucky this time because there is a very decent model of the Brera. 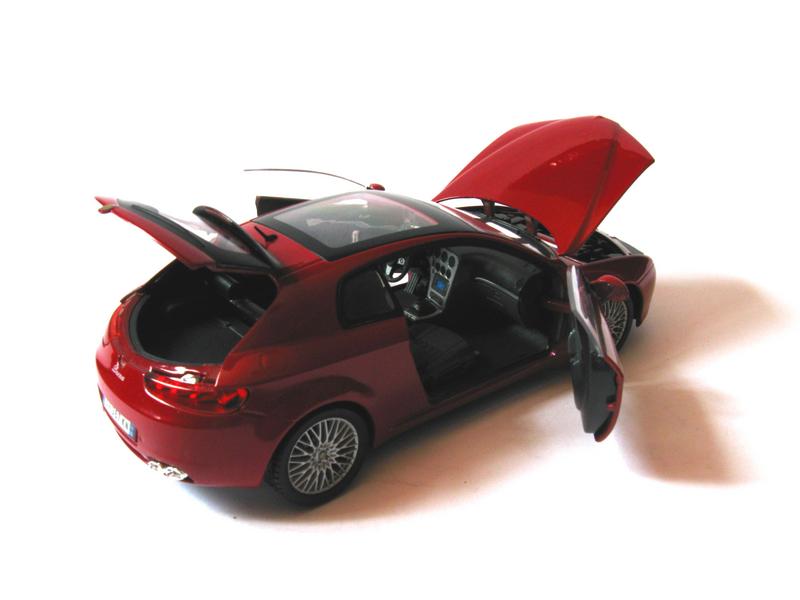 First the exterior. Cararama have captured the dimensions of the car very well and the model is almost perfectly in scale. The shape and stance is great and the 1:24 Brera is as captivating as the 1:1 Brera.

The rims are also well done with brake discs and calipers behind them. They don’t rotate with the wheels but that’s not that big of an issue. The front wheels turn and move the steering wheel which is nice.

The front is also well made. The headlights are separate pieces. Sadly the grilles are solid.

The back side is equally great. The taillights are great as well as are the panel gaps. The back windscreen wiper should have been better and a separate piece. 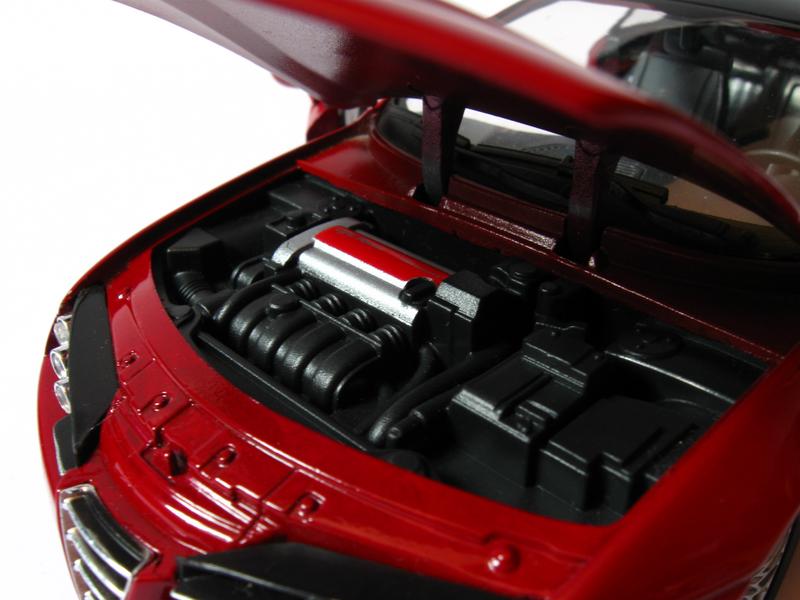 The model has an opening trunk, boot and doors. Under the front lid there is a modest engine model. Nothing too special, but better than most 1:24 models. The trunk is a bit too shallow but it’ll do.

Moving on to the interior. It is very well made and well illuminated thanks to the panoramic roof of the car. The doors have plastic windows which minimizes the amount of dust that gets inside. 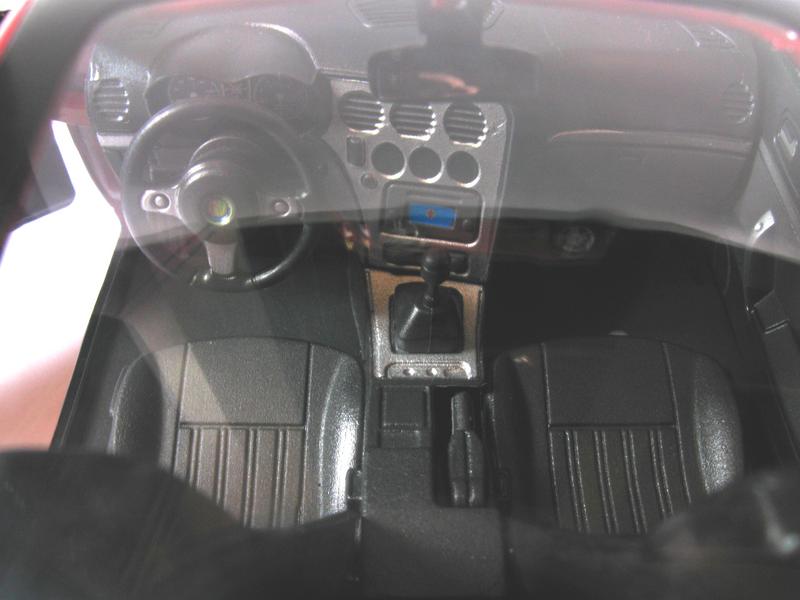 The seats and dash are well made while the gearstick and door panels could be better. On the downside, the doors open on classic dog-leg hinges as are most of Cararama’s models. I guess you can’t have everything.

Underneath there is noting much to see. Cararama have put a full exhaust system and a few basic elements from the suspension. Typical for a 1:24 scale model these days. 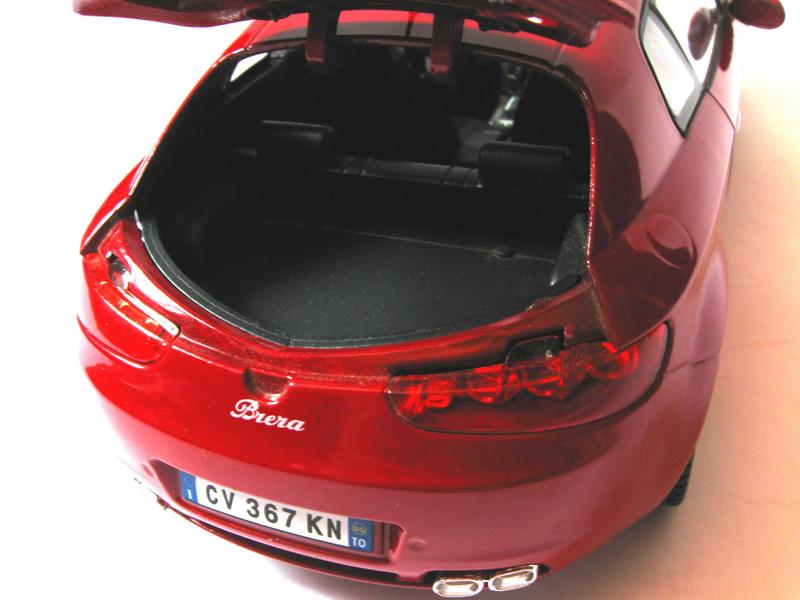 Overall the Cararama Alfa Romeo Brera is a very nice model. It shows that this scale has potential to be much more than what it is at the moment. It is a definite recommendation for every collector of 1:24 models. 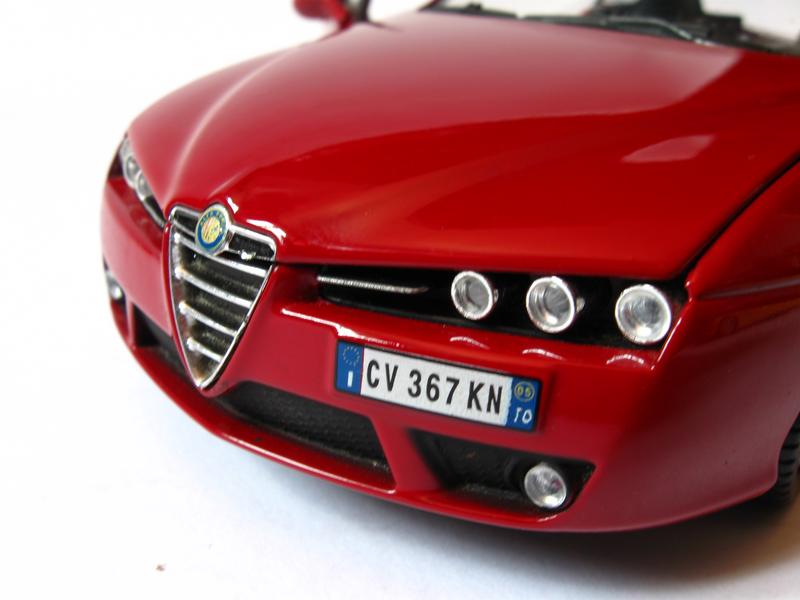